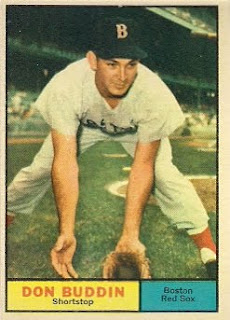 Chuck, of Chuck's Used Cards, and I have sent trade packages back and forth a number of times now. He has collecting itch that I am able to scratch- soccer. The two major card releases in the UK are Topps Match Attax and Panini Champions League, there are a number of sticker variations on the football theme but Topps and Panini have the card market securely tied up with these two sets. Chuck is a fan of both the English Premier League and European teams, so these two releases fit nicely into his collecting remit. A padded envelope containing each made its way to Florida.
Chuck sent this selection of Red Sox in return:

The Topps Archives sets has sidled past relatively unnoticed, so thanks for including these Chuck.
Posted by jackplumstead at 22:50