Trade with Tony 'Collector from Across the Pond' 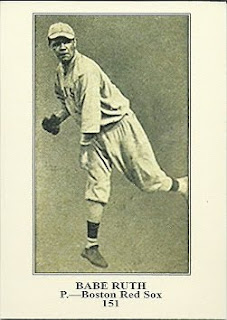 A while ago this would have been 'Trade with Tony from Wales' but that has changed now that Tony joined the growing band of bloggers, a while ago. To see what other collectors from the UK are up to see 'Collector From Across the Pond'. He collects San Francisco Giants and Adam Lind cards. Tony is also regular contributor to different forums and has made some great trades with fellow collectors. I have been on the receiving end too. A little while ago a big stack of Topps Heritage from various years arrived on the doorstep, although there was no clue who had sent them, I didn't need to be Inspector Morse to work it out. He loves Heritage as much as I do and the stack of Red Sox were greatly received.

Thanks Tony. Giants are on their way. 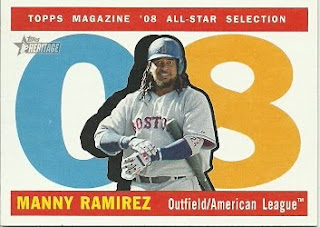 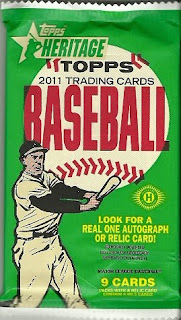 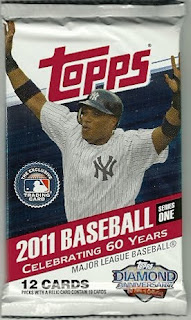 The Topps Value Box contains 2 packs of 2011 Topps Heritage, 5 packs of 2011 Topps Series 1, 2 Diamond Giveaway (which I have given away), an exclusive Chrome Refractor card and an interesting collectors guide. If these were available at my local ASDA or TESCO at $14.98, they would be disappearing off the shelves faster than they could stock them.

The first Value Box contained a Jackie Robinson of the Brooklyn Dodgers, chrome refractor number 2 in the 3 card series. 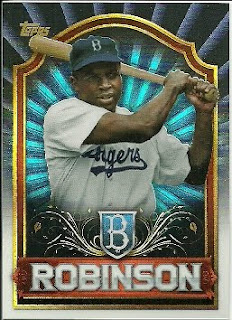 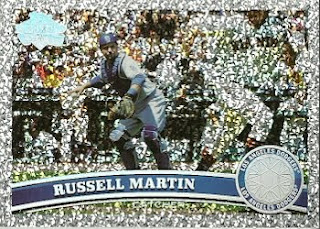 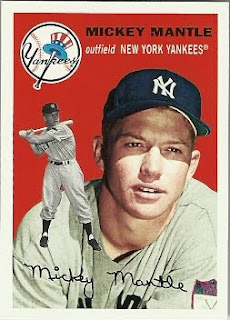 I seem to remember buying a tin from e-bay a number of years ago, with a variety of Topps packs (or was that Upper Deck)and a collectors guide. Is this a way to sell supermarket leftovers?
Posted by jackplumstead at 20:12 2 comments: 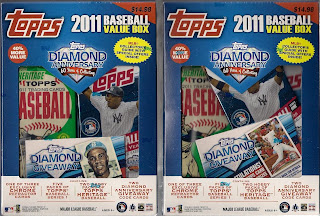 I may have mentioned once or twice that the head of my school visits the USA periodically. My wants list for this recent trip was simple- Allen and Ginter. A bit of a stretch, however failing that anything baseball related would do just fine. Generous as always, she returned laden with gifts for a variety of sources. Oh how I would love to visit and have these pickings;
1) Two of the boxes of the above from Walmart,
2) a complete set of 2010 Topps baseball from a sports collectables shop in Florida,
3) a 2011 Topps Opening Day blaster from Target,
4) eight packs of 2008 UD Timelines from 'The Dollar Tree',
5) two packs of 2010 Topps Updates from 'The Dollar Tree'.

Not a bad little haul. The Dollar Tree sounds like an interesting place. In her words there was 'plenty of cards to choose from!' As for the diamond giveaway cards from the value packs, they are up for grabs. I am presuming this is a similar thing to last years 'Million Card Giveaway', I asked if the cards would be sent overseas however this was not possible. So they are looking for a good home. Any takers?
Posted by jackplumstead at 19:08 5 comments:

Could this be the worst blaster ever? 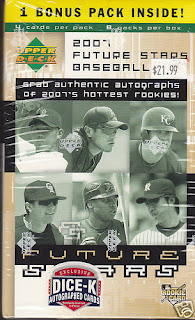 When you're a beggar, you cannot be a chooser. So I bid when this blaster of baseball cards was listed on e-bayUK, there was a moment of absolute clarity or was that stupidity. Either. They can be very close sometimes. The warning signs were there, a fellow collector selling an unopened box of cards, no other bids, the large advertisement for 'possible' Dice-K autographs and the 'hottest rookies' tag line.
'A Pack a Day' was about the search for the ultimate pack, this blaster would be the polar opposite of ultimate. Saying worst just doesn't feel strong enough.
Maybe I am being a little harsh.
I am a fairly positive sort of person, I'm not one of those collectors looking for the big 'HIT' from packs, or even the little ones. A Red Sox or two wouldn't go unwanted, a Jacoby Ellsbury would be the cause for some minor celebrations, even an unique insert would bring a little joy.
I will let this blaster speak for itself. I have a feeling these will be a bit like indoor fireworks, sound like an interesting idea but don't quite live up to the expectation.
Please prove me wrong, which of these is a 'future star'. 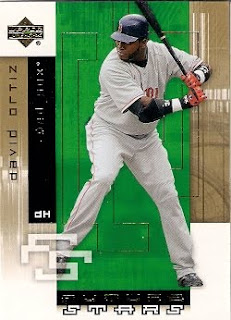 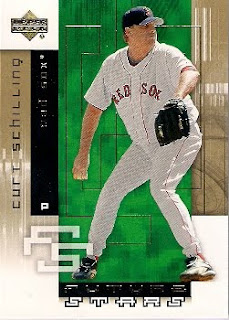 So tell me is there a hot rookie or a future star amongst this lot.
And I ask again- Is this indeed the Worst Blaster Ever?
Posted by jackplumstead at 20:17 4 comments: 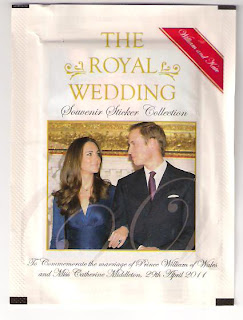 I thought that with any luck, being in Australia, I may have missed all the pomp and circumstance of not just 'A' Royal wedding, but 'THE' Royal wedding. However the Australian media was more obsessed with the Royal Family than the Brits. The daytime television shows were awash with stories, reports and interviews with anyone; sandwich makers, pizza delivery guys, people who happened to pass either of the lovely couple in the street.

I didn't see this sticker collection before I left, but those lovely people at Panini produced a commemorative souvenir sticker collection to compliment the forthcoming nuptials of Prince William of Wales and the commoner Catherine Middleton. 50 pages of gold embossed photographs of Royals past and present, 248 to be exact. All manner of pictures, unfortunately the one picture that is missing is of the lovely Miss Middleton in a white bikini on a yacht somewhere in the Caribbean. That would have been worth the price of the complete collection alone.

Alas it was not to be, although why that didn't stop me purchasing the album and some sticker packets is anyones guess.

Instead we are graced with pictures of the young couple looking longingly into each others eyes, of happy family groups and extended Royal hangers-on. The wedding has now come and gone, the papers are filled with more worthy items of news and the world continues to slowly turn.

Surely there must be someone out there who would appreciate this fine album and stickers. (six packets). I will even throw in some extra bits of Royal Wedding 'stuff'. Go on make me an offer... 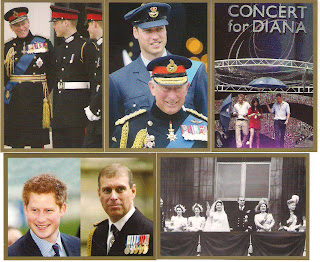 Posted by jackplumstead at 20:05 3 comments:

Labels: Royals, stickers, what the hell was I thinking? 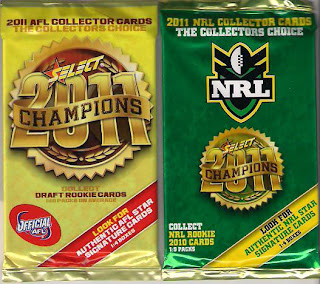 I have returned tired but happy from my Australian adventure with my two daughters.
Australian's are sport mad. My dad explains that if two flies are moving along a window, a group of Australians would gather and cheer one of the flies on to beat the other, and probably lay a few bets on the outcome.
We travelled in Autumn, so the two main sports played at this time of year are Rugby League (NRL)and Australian Rules Football(AFL). Although both these sports are played Australia wide, (and in New Zealand) League is predominately played in New South Wales and Aussie Rules in Victoria. Similar to the USA the teams are owned by a consortium or individuals. Russell Crowe, the actor best known for Gladiator, owns one of the Sydney League clubs called South Sydney Rabbitohs. It has been hinted on many occasions that his 'mate' Tom Cruise owns a share in the club as well.
Card collecting is not as prevalent as it is in the US, however I was able to find cards from both sports. I purchased two packs of each. Each pack contains 8 cards and there are signed cards, inserts and parallels available. There are 196 cards in the base set and 97 chase/parallel/inserts. The cards are on good card stock, bright and colourful with shiny cards aplenty throughout.
If you recognise any names, you're a better person than myself. 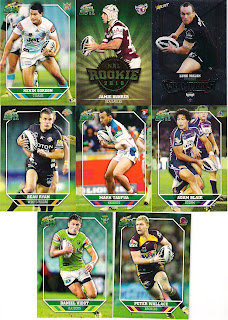