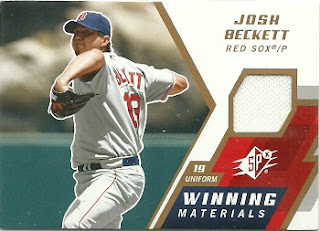 Posted by jackplumstead at 11:54 No comments:

Trade with 'O' No not another Orioles Blog 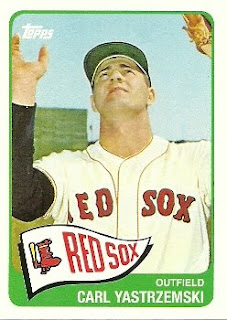 Another of the boxes of cards that arrived recently. This time from a new trader Ryan from 'O' Not another Orioles Blog. 'O' it was brilliant (see what I did there) to find a home for the Orioles cards and a new state as well - Virginia. I don't think I have traded with anyone from Virginia before, but I could be wrong. A great assortment of cards from the wants list, including these very nice Carl Yastrzemski cards.
Thanks Ryan. 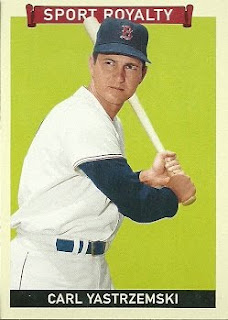 Posted by jackplumstead at 17:54 No comments:

Labels: 'O' No Not another Orioles blog, Orioles, Ryan, Trade

Trade with Martyn from Abitary Crap 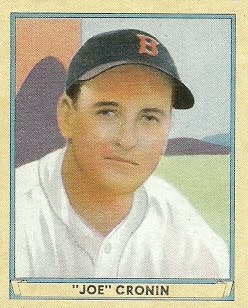 I love the 1940 and 1941 PLAY BALL sets. If not just for the fact that it reminds me of 'The Natural', but also for the names of the players on the cards. Names like Blimp, Duke, Buck, Indian Bob, Gunboat Harry, Hot Potato, Vandy, Happy, Bronk, The Horse, Moe, Soupy and my favourite Stormy Weatherly. These are the names on the cards, not the back, right there on the front. One has to wonder how a player gets the nickname 'Hot Potato'. Hmmm. 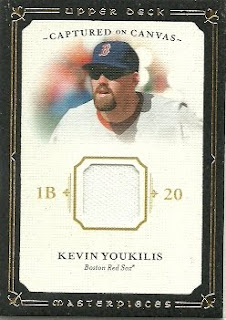 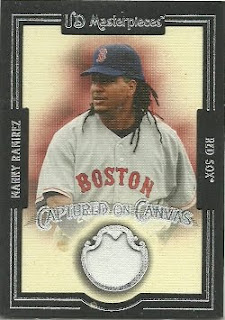 Big Papi looking rather pleased with himself on a 2005 Diamond Kings short print (34/40) . Don't let the smile fool you. 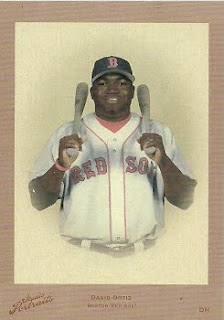 London Buses and trading with Dan 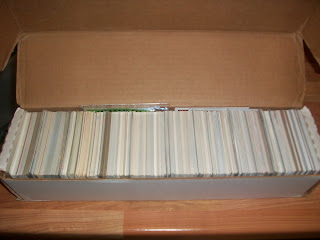 There is a interesting saying, that probably has a number of variations around the world, which explains the frustrating occurrence of waiting for something to arrive and then multiple come at the same time.
In the case of the UK, in particular London, it is the appearance of London buses. For example,

'I waited for a hour for a number 53 and then three came at the same time'.

My dad use to say something about 'chorus girls', but I'm sure it wasn't related to this particular anomaly. He also bestowed on us the saying 'Beware of people who drive in hats', which I know is totally unrelated.
So I am waiting for a trade package to arrive and six arrive at the same time. In actual fact they didn't arrive at the same but over the course of a few weeks. My eldest, my very organised and helpful son arrives home first. He took the mail and sorted it carefully including the packages, which he knew where for me and placed it in the cupboard where I keep my baseball cards. Very helpful, except for one thing- he didn't tell me.
So I have a number of packages to share, the first being this beauty from Dan in Auburn, Maine. This package was interesting for two reasons it was choc full of Red Sox cards- Dan went above and beyond in this respect. And secondly it came from Maine. I had never received a package from Maine before.
It will take me a while to sift through the amazing number of cards Dan sent. He tells me they are all from the wants list, which is also incredibly impressive.
Thanks Dan.
Posted by jackplumstead at 21:16 No comments:

My part of the $1 box break 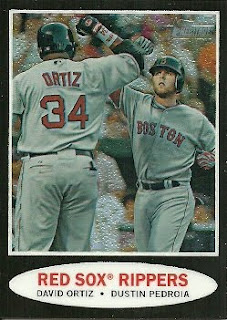 The idea of busting baseball packs and sharing the contents with others is not a new concept. Sharing with strangers over the Internet may have its pitfalls, as many unsuspecting participants find to their peril. Caveat emptor. Having a regular, trusted and experienced blogger such as Tribecards bust some boxes and share the contents is a completely different story. When the idea of Indians Cards Always buck a box was mentioned I joined, a little surprised because there are so many other Red Sox collectors around. 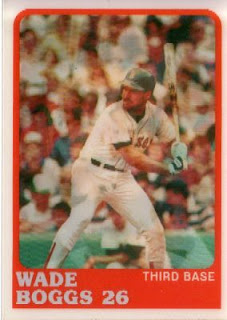 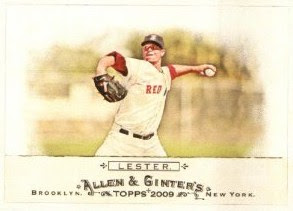 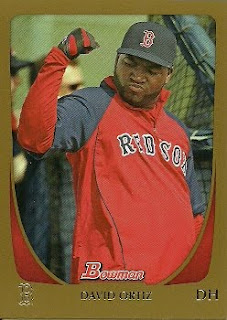 Not to left out Tribecards added a large number of other Red Sox cards including the Red Sox Rippers at the top of the post #57/62 and lovely sparkly Jon Lester Topps Diamond Anniversary.
I enjoyed it and will be looking out for more box breaks. 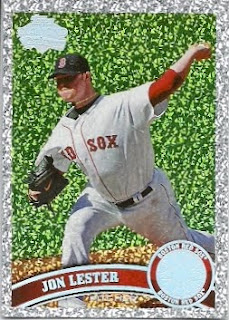 Here's what Tribecards thought of his first ever buck-a-box break-After thoughts.
Posted by jackplumstead at 16:26 No comments:

Trade with Play at the Plate 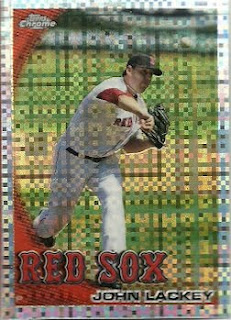 A real easy trade with Brian at Play at the Plate. He was after the Diamond Giveaway codes which unlock unique codes. I unsuccessfully tried to participate in last years giveaway but only US residents (and members of the armed forces stationed overseas) could have the cards delivered. Always remember to read the fine print.
So Brian was collecting these to unlock special diamond digs. From this post it appears he is well on his way to achieving his goal.
I received some super Red Sox cards in my part of the deal.
Thanks Brian. 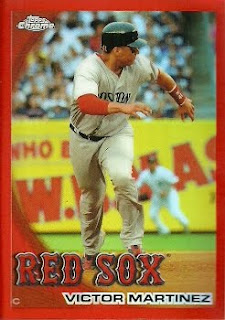 Posted by jackplumstead at 14:40 No comments:

Trade with Dayf at Cardboard Junkie 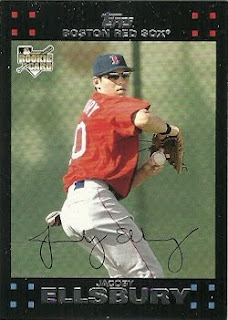 One of the best things about writing this blog besides getting in touch with other card collectors, has been trading cards. It has been the staple of this blog since I stretched out the arm of collecting friendship. I sent a few cards to a well known card collector and blogger Dayf a little while ago but nothing in comparison to what he sent back. A whole raft of Jacoby Ellsbury cards including the highly allusive 2007 Topps Update Jacoby Ellsbury rookie card, numbered as 100, which is a super duper short print.
The 2007 Topps Update and Highlights checklist designates card number 100 as belonging to Phillies third base Abraham Nunez. Then Topps decided that, they needed something special and chose Jacoby Ellsbury although he was included, as a rookie, in the 2005 Bowman Heritage set, a card that Dayf included as well.
All the cards Dayf sent are great additions to my growing Jacoby Ellsbury collection. 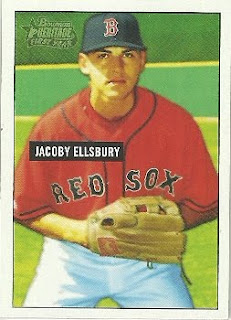 Not be outdone Dayf included some brilliant 'Vintage' Red Sox cards. How can I possibly match this?
Thank you. 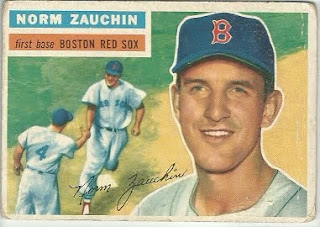 Posted by jackplumstead at 22:48 2 comments: