Confessions of a Collector Part 3 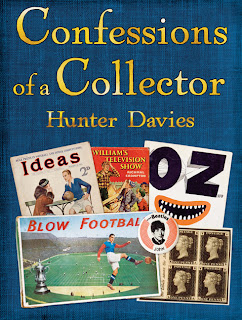 I really enjoyed reading this book. 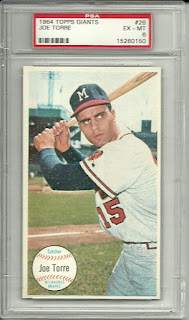 Ahhh...1964... the year Richard Kimble continued to outwit the Stafford Police,
Ben, Adam, Hoss and Little Joe Cartwright delighted us with western adventures on the Ponderosa Ranch,
Gilligan, et al are castaway on a deserted island,
'You Rang' becomes a popular catch phrase,
Herman Munster scares the crap out of thousands of children,
Russel Crowe, Courteney Cox, Stone Cold Steve Austin are born,
The Beatles ride high in the Top 40 with 'She Loves You'.
Top of The Pops airs on the BBC for the first time,
Elvis as Rusty Jackson, sang and wiggled his hips alongside the gorgeous Ann Margret, in Viva Las Vegas,
Dick Van Dyke acted/sang, in what is regarded as the worst cockney accent ever and
Sean Connery, arguably the best Bond, fought Oddjob in Goldfinger, while From Russia with Love still excited cinema fans the world over.
What a great year!
I had never really thought about collecting this particular oddball set before now. I'm not sure whether it really qualifies as oddball anyway. In 1964, Topps produced, along side the 587 card regular set, a number of stand alone sets-Topps Giants, Topps Stand-Ups and Tattoos. 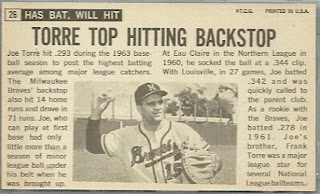 One of the many pursuits I have is to collect the complete 1964 Topps set, hoping to snag some of the other '64 sets produced along the way. Even cards based on the design of the 1964 cards are falling within this particular pursuit.
So when this graded '64 Topps Giant recently appeared on eBayUK, I just had to have it within my collection.
Posted by jackplumstead at 22:10 3 comments: 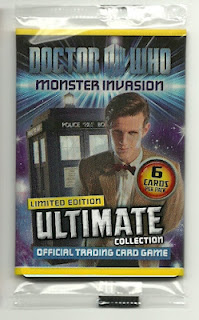 We have to wait until Christmas to get the next 'fix' of the latest Doctor Who adventures. The last episode saw the departure of the Ponds, some might say finally.
There were some great episodes in Season 7, Daleks, dinosaurs, wild west gunslingers, and mysterious black cubes. The final episode was set in Manhattan starring the creepiest of recent protagonists, Weeping Angels. And yes the Statue of Liberty does feature as the ultimate Weeping Angel.
To keep the 'fanboys' happy, the lovely River Song 'Woozah' aka Melody Pond, also appears in the latest episode. 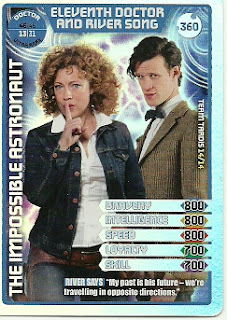 The cards shown are from a limited edition pack, only available with the Doctor Who Monster Invasion children's magazine.
Roll on Christmas. 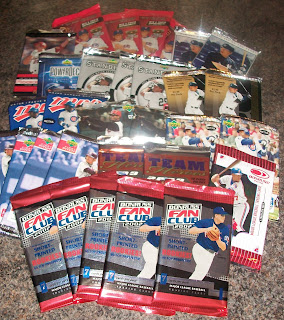 It doesn't happen very often but when it does... I'm talking about unopened packs of baseball cards on eBayUK. Just last week, a seller put five lots of unopened baseball cards up for auction, I was lucky enough to win four of them, I was hoping for the fifth but was beaten out. Hopefully it went to the good home of one of my fellow UK card bloggers.
All the packs are from 2002/3, Donruss and Upper Deck. I have a sneaking suspicion that they are from repack boxes because there is clear plastic glue on the back or front of about 5 packs.
Some of these sets are familiar, but most were new to me.
Included was;

They were delivered in a lovely big brown paper covered brick. I'm not ashamed to say it was a tad exciting. There was only one draw back - postage. It started as £15.00, I was able to knock it down to £8.00, knowing full well that it wouldn't come close to that. The actual postage cost was £2.80. I'm not sure why sellers do this and it is one thing that puts me right off eBay.
But look at all these unopened packs, such a glorious sight.
I will be cracking them open at Pursuit of Red Sox, my bold mission to collect Red Sox cards from packs and complete the occasional set.
All other cards will go into various trade piles.