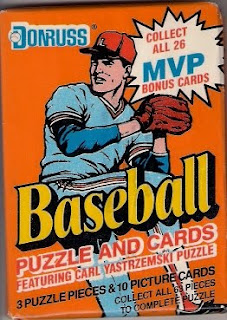 Many, many months ago, I was desperately searching for trading partners and was unable to find a good home for some teams. The pile of cards continued to build, my plea for collectors wasn't working so I ventured on a different route. Message boards. There were two teams in particular that were growing faster than others, the Toronto Blue Jays and the Colorado Rockies. There were some very nice cards and a number of game used/memorabilia cards that screamed to be housed in a friendly environment. Very little response, except to send a list of the cards and they would think about it. After roughly 10 requests there was a positive response from Jonathan in Toronto, of all places, that put the wheels of trading into motion. Jonathan explained that there was a vending machine in his local bowling alley that was well stocked of Junk Wax. He and his friends would buy packs of 1999 Upper Deck from the said vending machine and then go home and run simulations all night on how teams made from one pack of cards would fare against another.
Sounded like a pretty good Friday night; bowling, packs of cards, baseball simulations, throw in a pizza and some beer and it's the perfect night.
So in February 2009 the 200+ Blue Jays made their merry way to Toronto and I was happy. For those of you who participate in these types of blind trades, sometimes nothing is returned and receipt isn't acknowledged. That is the way it goes. There is a happy ending to this tale, out of the blue in November, Jonathan e-mails to say sorry, he was clearing out and remembered that he had agreed to send some cards. Last week some Junk Wax arrived from Toronto. Five packs from 1990 that I will bust in Pursuit of Red Sox. He also enclosed two Topps sticker packs that I hope were bought from the vending machine he mentioned. A vending machine full of baseball cards that is something that I would like to see.
The Rockies are still building too, they remain homeless. 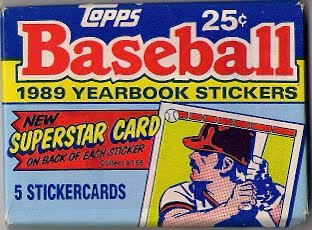 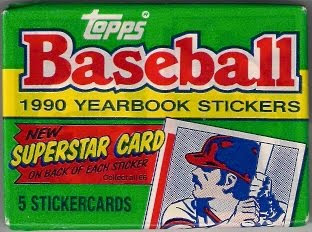 I collect Blue Jays and Rockies, oddly enough. If you'd like to try and work something out I'd be happy to add a new trading partner.