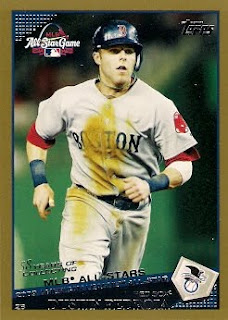 As another year moves swiftly on, (where did January go?) and as Christmas becomes a distant memory, it was great to get back to trading baseball cards. I received a package of cards from my friend Steve at White Sox cards filled with all manner of Red Sox goodness. I have lost count of the trans-Atlantic White Sox/ Red Sox parcels but it was no surprise that this particular package didn't disappoint.
Steve managed to include some cards that never saw the light of day over here such as; Topps 206, ticket to stardom and the 2009 edition of Upper Deck X. Included also were some more cards from 2009 Goodwin Champions, which is the set I chose to complete 2009.
Thanks again Steve, much appreciated additions to the ever expanding Red Sox collection. 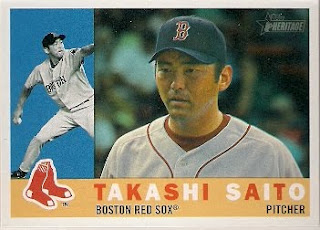