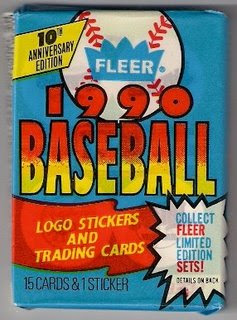 Big B over a Waxaholic sent me three packs of 'Junk Wax', although I personally wouldn't call any packs junk, particularly since packs are a rarity(here inthe UK).

There are 660 cards in the base set consisting of 620 players, 7 checklists, 14 major league prospects, 10 player of the decade and 10 league leaders. The packs had 15 cards and 1 sticker.


Dayf sent a Red Sox free packet of these in January. Here's hoping I do better this time around.

The Pack:
The sticker 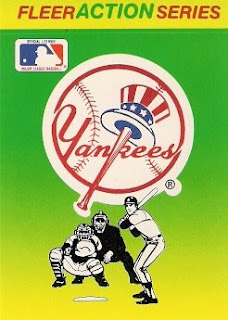 Another pack of 1990 Fleer without a Red Sox card, but that is two in row that has the Mattingly/McGwire card.
Posted by jackplumstead at 17:38