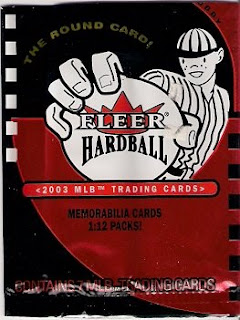 This pack took me a little by surprise. When the auction mentioned round cards I knew it was for me. And yes unsurprisingly the cards are round.
There are 240 cards in the base set which includes 25 All-around Stars and 15 Rookies on deck.
There are two parallel sets: Gold and Platinum (#to 50).
There are inserts: 20 Round trippers, 15 On the Ball, 20 Discs and 14 Round Numbers (#to 1,000).
There are also Game Use and Autographed cards.
There are 7 cards per pack. 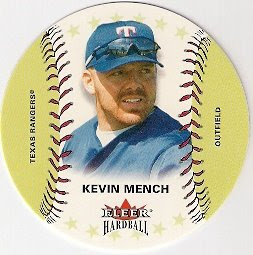 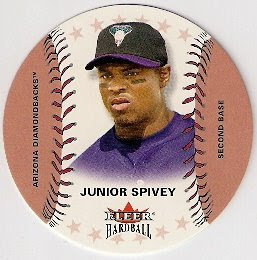 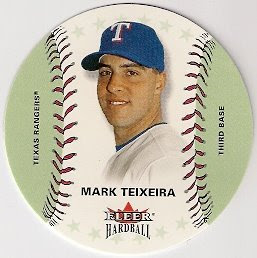 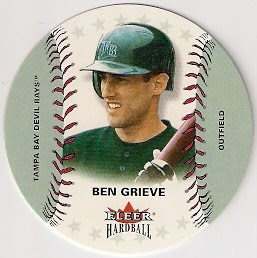 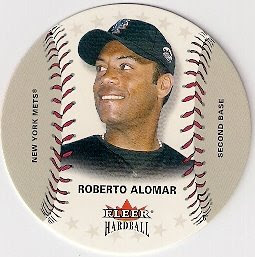 Well there was no Red Sox, but I was not disappointed by this set. This was a one-off set by the looks of things, so it appears not too popular with collectors.

It's not a new concept either. Take a look at the 1977 Pepsi Cola cards.