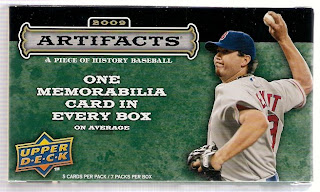 The first of two blasters that were gifted to me recently. 2009 Upper Deck Artifacts: A piece of history baseball. There is the promise of ONE memorabilia card in every box on average. So my first thought is, will I receive an average memorabilia card or not? I know there was a few complaints about non-sports card in sports packs, I personally like the idea more than I do the same card printed in four different colours...wait a minute ... lets not be too quick to judge. I'm guessing there are different coloured parallels in this set.
There are seven packs, with 5 cards per pack.
Pack 1:
#66 Joba Chamberlain Yankees
#118 Josh Geer Padres
#126 James McDonald Dodgers
#160 HM USA enters World War 2
#161 HM 'D-Day' Invasion 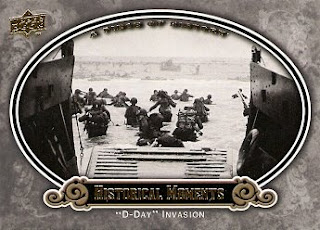 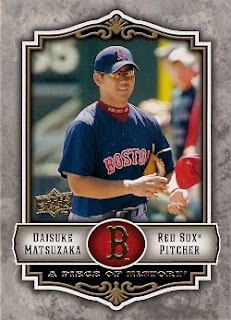 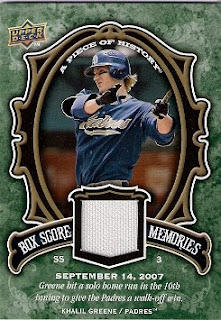 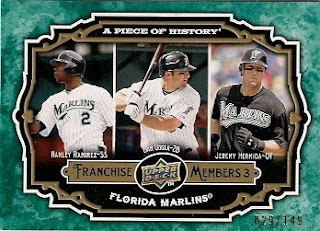 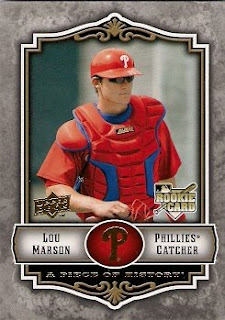 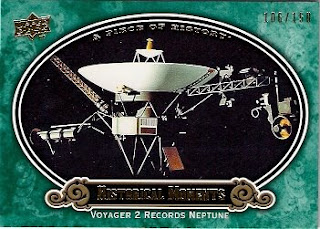 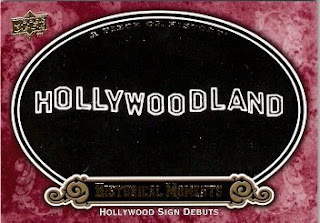 34 cards
22 base cards
9 Historic Moments: 1 red and 1 green
1 Franchise members: green
1 memorabilia
1 20th Anniversary
My verdict: I like the Historical moments cards, in particular the black and white photography. The grey tombstone look works well on these cards but not neccesarily on the player cards. Still not sure I see the point of the different coloured backgrounds. The Hollywood sign card has to be up there in the 'most boring card ever produced' category.
As always cards are available for trade.
Posted by jackplumstead at 21:12

I would like the Kershaw card please. (I have a stack of Red Sox waiting to be mailed -- hopefully in a week or two).