Trade with Rod from Padrographs 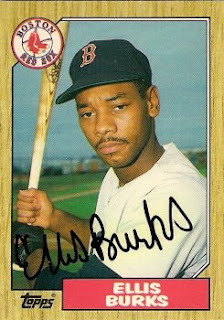 My efforts to secure some Jacoby Ellsbury cards took a turn for the better recently when Rod from Padrographs contacted to say he had two Jacoby cards-would I be interested? Yes! Definitely. What he didn't say was that he would include this signed Ellis Burks card. If you haven't already viewed Rod's blog he is a prolific and successful Through the Mail autograph collector. One card went out five times to five different players. I admire that sort of dedication. This was our first trade and I will go out on a limb and say not our last.
So what other Red Sox cards did Rod send from Portland Oregon ?(the home state of Jacoby Ellsbury, which in itself is pretty cool)
These:

Thank you Rod for the cards and adding to my growing jacoby collection. 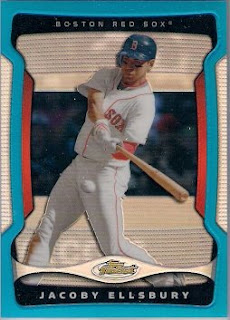