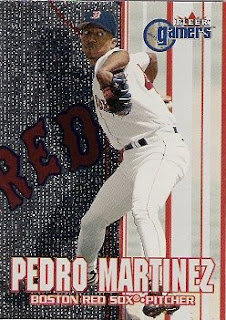 Someone who had become a friend and a good trading buddy is Chuck at Chuck's Used Cards. We are in a unique position of trading cards that we have easy access to. In my case it is football cards. Chuck collects, amongst other things, Champions League Football cards.
For those of you who are unaware,(even not bothered), the Champions League is a competition between the clubs who win the domestic competitions through-out Europe. It is in reality a competition between the biggest and richest clubs in Europe. The fact that they play against each other makes them bigger and richer, so teams are desperate to qualify for the Champions League. The most powerful clubs in football in Europe have talked many times about creating an European 'Super' League, but it never eventuates. There was a group called 'G-14', which consisted of 18? of the most powerful clubs in Europe. They voiced concerns about the amount of money that the governing bodies, FIFA and UEFA take from the gate receipts, television rights, merchandise plus other money related issues. Naturally clubs wanted their fair share of that particular cash cow. With the formation of the 'G-14' , most pundits thought the next logical step was to form the European 'Super' League. UEFA and G-14 agreed on some points and the latter was disbanded. The Champions League is still the Number 1 European competition and, the most powerful clubs in Europe continue to get richer and therefore even more powerful.
Luckily I was able to find some of these cards for Chuck in my local newsagents and a deal was struck.
Chuck sent in return:
1985 Topps #606 Rich Gale
1986 Topps #529 Marc Sullivan
1987 Donruss #153 Rich Gedman
1987 Donruss #647 Dave Sax
1988 Topps BIG #54 Marty Barrett
1988 Topps BIG #80 Ellis Burks
1990 Bowman #282 Marty Barrett
1992 Donruss #87 Danny Darwin
1992 Stadium Club #732 Mike Gardiner
1992 Stadium Club #839 Bob Zupcic
1993 Topps #323 Mike Greenwell
1994 Donruss #644 Paul Quantrill
1995 Stadium Club #386 Mike Greenwell
1995 Stadium Club #404 Ken Ryan
1995 Stadium Club #407 Greg Harris
1995 Studio #161 Andre Dawson
1995 Upper Deck #24 Frank Rodriguez
1995 Upper Deck #83 Jeff Suppan
1995 Upper Deck #187 Bill Selby
1996 Topps #377 Luis Alicea
2000 Fleer Gamers #32 Pedro Martinez
2001 Donruss #47 Hideo Nomo
2006 Topps #BOS6 Mark Loretta
2006 Topps #146 Matt Clement

Thank you Chuck. My nice newsagents has purchased another box of the Champions League Cards, so there is now a fresh supply if you want to trade again. 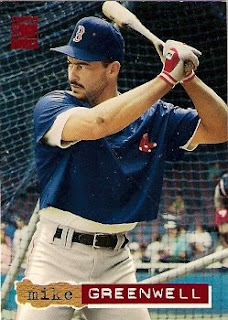