Trade with Mr Ross from Boxbusters 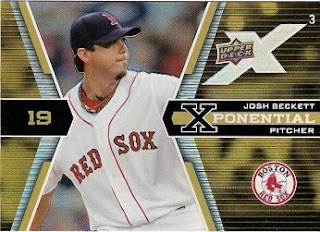 A good friend of this blog since its humble beginnings is Mr Ross from Boxbusters. Advice, a friendly chat and card trades, there isn't much more you need from a trading buddy. He collects Cardinals and like similar collectors such as Steve at White Sox Cards and Greg at Night Owl Cards, he possibly has most of the Cards cards I send. But in the spirit of trading he always sends something back.
Here is the helping from Mr Ross in East Alton Illinois:

I read on many blogs that the UD X was a pointless set of cards and if I remember correctly was voted the worst (or runner up worst)set of 2008. The scan doesn't really do these cards any justice. They are shiny, super shiny and I am like a Bower Bird in mating season and drawn to all things shiny. I like them, worst set 2008 or not.
Thanks again Mr Ross for the great cards. 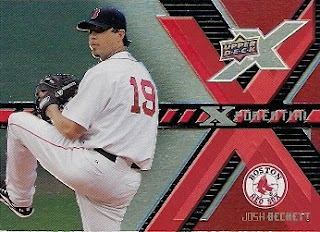 Bower bird?
Dude.
You are so English;)